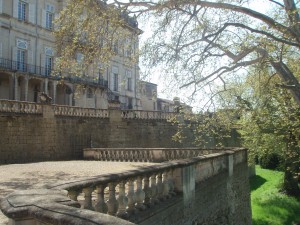 All of my purchases had been collected and loaded by late lunchtime as a long line of vans trailed its way inside the perimeter fence to begin picking up. The transporter’s lorry set off northwards but my flight wasn’t until the following morning. With the afternoon free I drove south of Avignon and chanced upon the little town of Barbentane. A quiet place of narrow streets, shuttered stone houses and plane trees just coming into bright green leaf. A plaque at the gates of the chateau announced that a Visite Guidée was possible. The view of gardens and 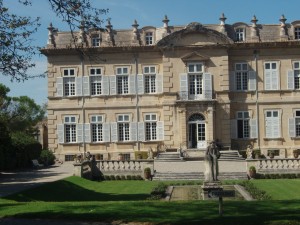 facade was enticing, and I could see the guide sitting on a bench outside. She heaved herself up as I approached. “Ah non, ce n’est pas possible de faire la visite pour une personne.” She advised me to first visit the gardens and by then there might be other visitors wishing to take a tour. The terraces were sun dappled and beautiful. The current Marquis of Barbentane was fortunate indeed.

Twenty minutes later no-one else had presented themselves for a visit. Madame La Guide sighed and said, very well, I will do the tour just for you. And she gave a wonderful tour with detailed commentary about its original 18th century furnishings (the villagers had protected the chateau from attack during the Revolution). The typical three-seater rushed benches, the fauteuils and consoles were similar to the many items I’d just seen in the Avignon fair – how good to see these pieces in their rightful home.

As we went around Madame complained how quiet the chateau could be. “C’est mortelle,” she said, “ it’s deathly to spend all day here with no visitors.” She also complained about her painful feet. “I see you have wide feet,” she said and asked where I bought my shoes! By the end of the tour of the chateau we had established an amicable regard for each other and parted with a warm smile and a handshake.

In the café on the rue du Chateau I asked at the bar for a pot of tea. An imposing bull’s head was mounted on the back wall, next to a redundant freezer, a stack of chairs and a yellowed Corrida poster. The barman rummaged in several cupboards and found a tea pot without a lid. Hoping to avert a mediocre brew I mentioned the notion of the tea going straight into boiling water and then serving it with milk. I went to a table outside and in a couple of minutes he produced the teapot with teabag – but filled with boiling milk!

I was glad for a quiet evening in a quiet hotel at St Gilles, and then to England in the bright morning.

I met up with the transporter a few days later and, in Sylvie, escorted the 7.5 tonne lorry to Station Mill. It was the largest vehicle in the car park! A tense few minutes followed because the large vitrine would not fit through the door. Eventually we managed to slide it in on its side with a fraction of a centimetre to spare. 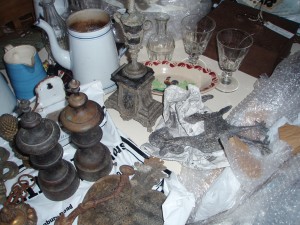 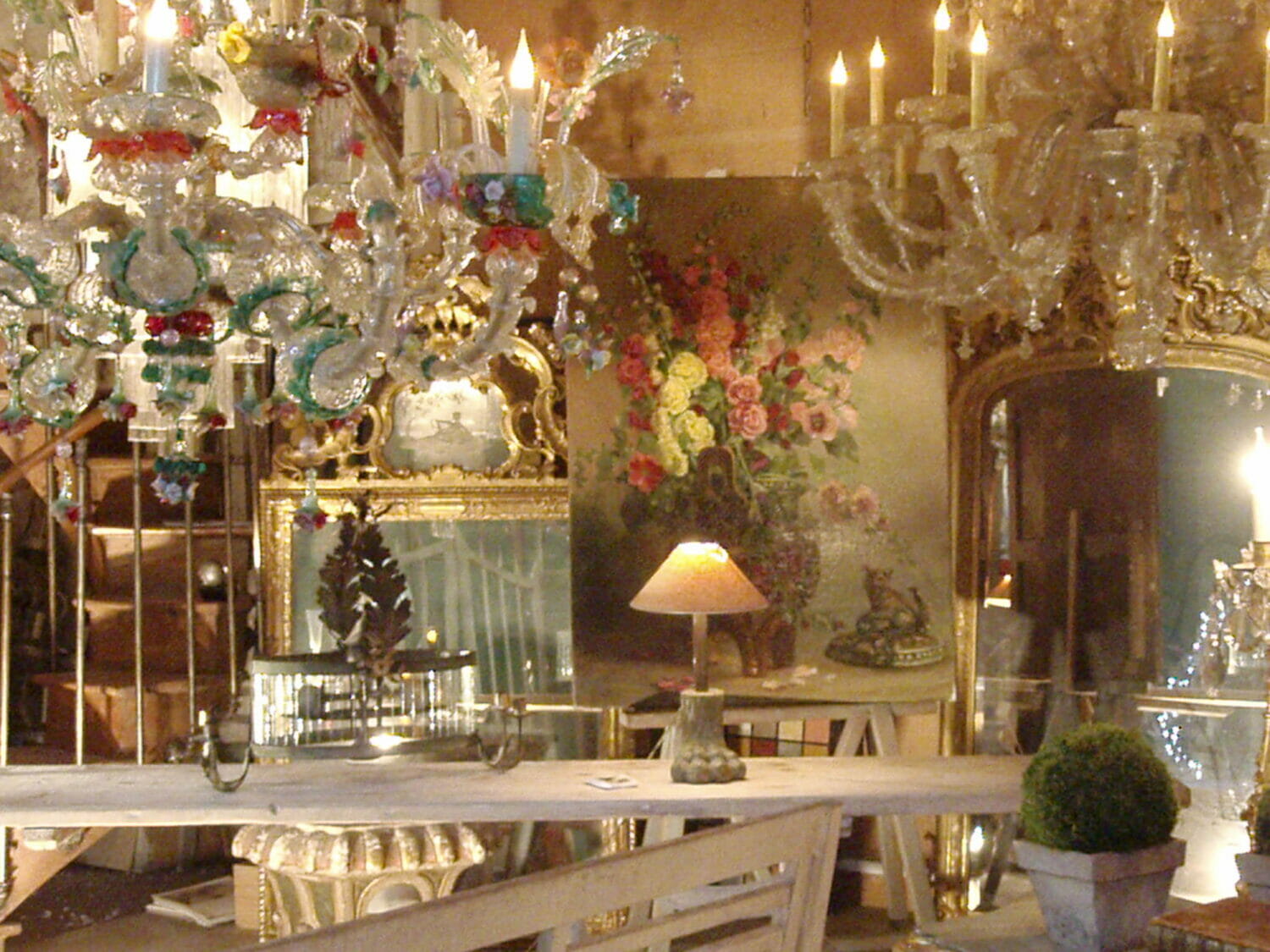 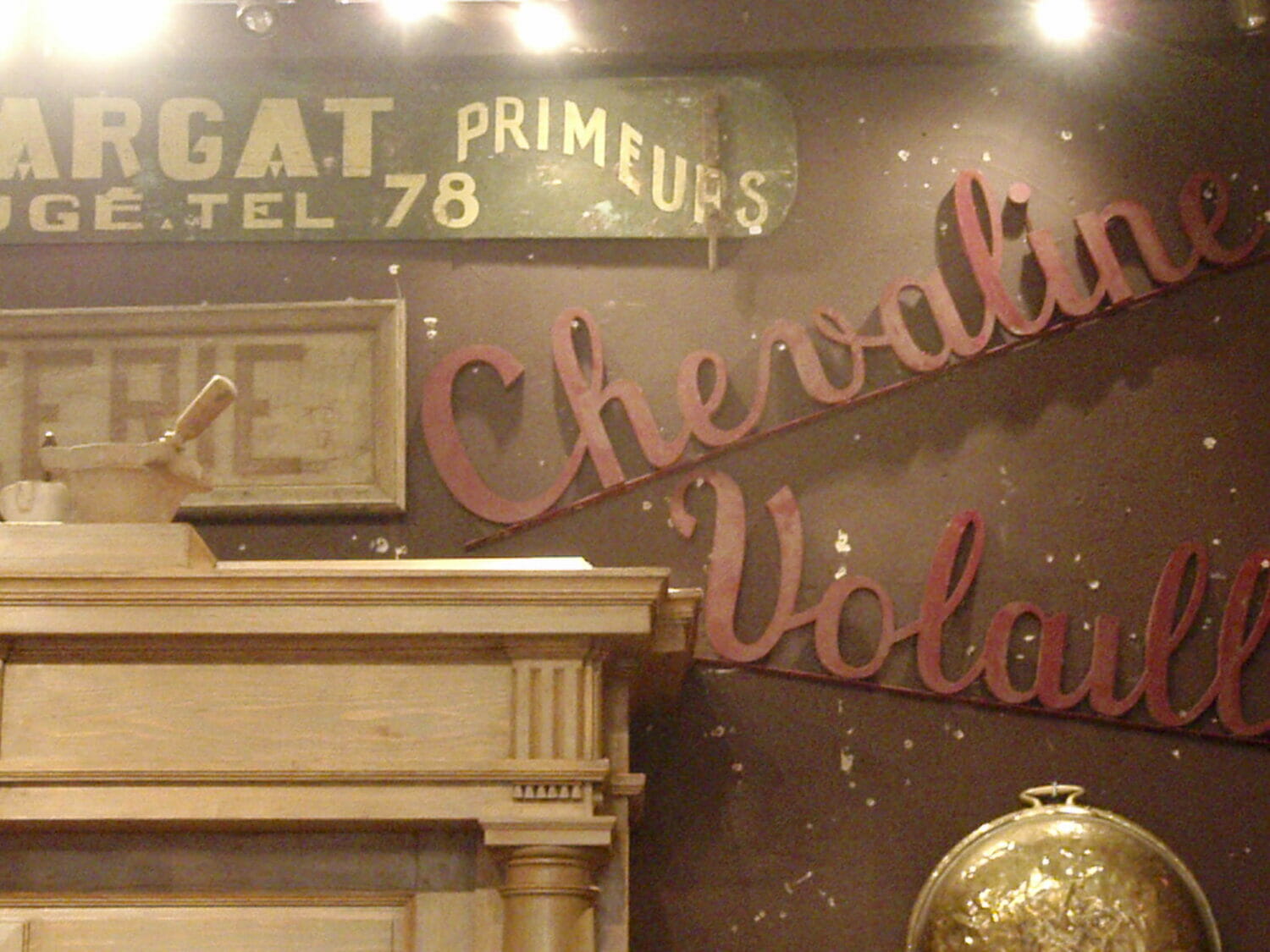 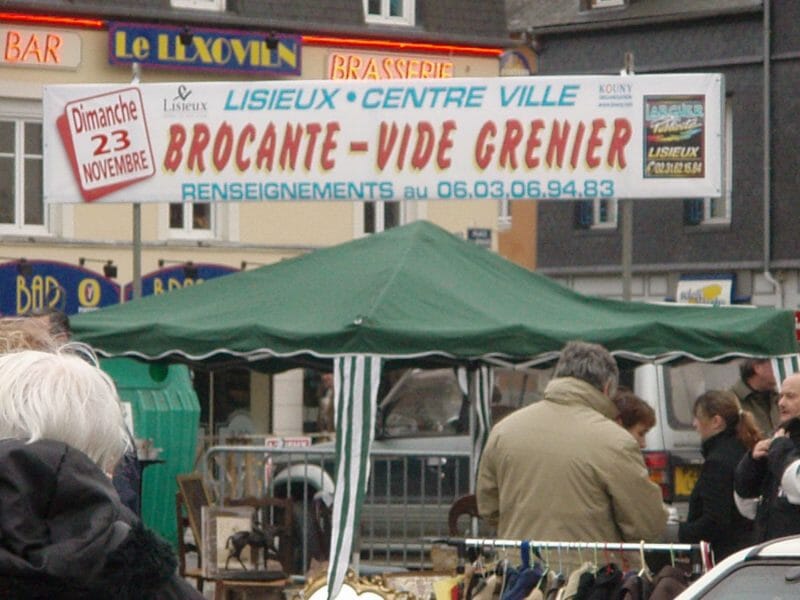