The question that kept nibbling at the edges of my consciousness back then was where could I find more of the Catch-Your-Breath-Beautiful kind of furniture – the dry-scraped, pale, exquisite pieces one would see in Tetbury and at the Decorative Antiques Fair at Battersea. Wherever that was, that was where I wanted to head. I knew it probably wasn’t going to be in Normandy with its preponderance for heavy, carved wood furniture. One of my favourite dealers in London, with her faultless style and taste, encouraged me by saying that the main thing was do be doing what I was doing, to continue to learn as I went along. But I determined that on my next trip I would spend more time in the Loire and go again to the big dealer’s market at Le Mans. I contacted some of the dealers I knew around the Loire and asked them if they could suggest any other dealers in the region, and built up a handful of useful contacts.

So off I drive to Portsmouth on a November night with the wind howling. The French forecast is for “Vents violents.” Even in the ferry car park Sylvie is being severely buffeted. On board the lifts and exterior decks are out of bounds. But I sleep soundly, and when I wake at 4.30am the waste paper basket has slid to the other side of the cabin.

Driving through rainy mist, bare trees lining the roadside, dark bones of branches sentry- like against against an iron grey sky. I pull up in the empty La Place du Marché at Condé sur Noireau. It is still blowing hard. Into a sparse, bright café, formica tables, everything clean and in order. I sip a sublime grand café crème and feel myself settle into being in France. There’s the classic French sign up near the door concerning The Protection of Minors and the Repression of Public Drunkenness. The radio is on. I catch a phrase, “Pourquoi dire la verité quand les mensonges sont plus croyables?” (“Why tell the truth when lies are so much more believable?”) A copy of “Ouest France” on the bar. All as it should be.

On to Mayenne. Down a steep tree lined road with high stone walls shielding large 19th century buildings a red metal Brocante sign catches my eye. The tall metal gates were padlocked but I rang the phone number left on a little notice. “Oui, j’arrive dans 30 minutes,” said Monsieur. I walked further on to the wide river and the massive, turreted and fortified castle. Grey, drizzly streets, people walking with their heads down. On my return the gates were pushed open at the Brocante. Jam jars and ceramics full of rainwater stood to one side of a small courtyard. Double doors led into a large old atelier, tall windows looking out over the roofs of the town below, bare walls and floor boards, high ceilings with huge beams, with a large canopied fireplace. A tall, grey haired man in a long raincoat was engaged in conversation with the proprietor, he had a rather eery, Vincent Price air about him. But I focused on the furniture and small objects on trestle tables set out in rows. Plenty to entertain the eye, although nothing to stop one’s breath. But sometimes that’s ok – it’s always good to rummage!

I continued on south to Chateau Gontier and, arriving at just lunchtime, pulled onto the long gravel drive of an antiquaire. It was three years since I’d bought a marvellous chestnut kitchen table there. Madame came out of her elegant ivy-covered house into the courtyard. “Ah, I remember you,” she smiled, “you bought a very pretty table from me.” Her showroom was in another building and it had that heady smell of turpentine and wax polish. This time I just bought a dozen handmade crystal wine glasses and a Sarreguemines soup tureen with its artichoke handle. I was invited into the house for a moment – beautifully old, polished, fragrant with wood smoke from an ancient stone hearth, old terracotta tiles, polished and worn, Monsieur seated at a large dining table, laid for, I assumed, a good lunch. On the side was a tarte aux pommes on greaseproof paper, just out of the oven. I really could have stayed for an hour or so, to absorb the atmosphere of this wonderful house! But, with my well wrapped glasses and tureen, I drove down to the Quai and parked Sylvie with a view of the river. After a crusty camembert baguette I tried out sleeping across Sylvie’s three seats – marvellous! – and a nap certainly helped with the creeping, engulfing fatigue that I always struggle with after a too short sleep on the ferry.

On to Montreuil Bellay, wind howling and buffeting most of the way. A section of autoroute got me well on my way. Always something pleasing to see the French blue and white motorway signs – Saumur, Angers, Lyon. Autumn was upon Montreuil Bellay. Café chairs were stacked up, leaves scuttered around the chateau which was closed. But Véronique was open in her lovely Atelier des Fleurs. Every corner of the little shop a pristine and exquisite presentation of both brocante and flowers. A plant popped into a rusty kitchen sugar tin just beautiful.

Further on, an old fortified house that I’d visited on a previous trip had closed down. No more antiques, but plenty of wind generators there now. 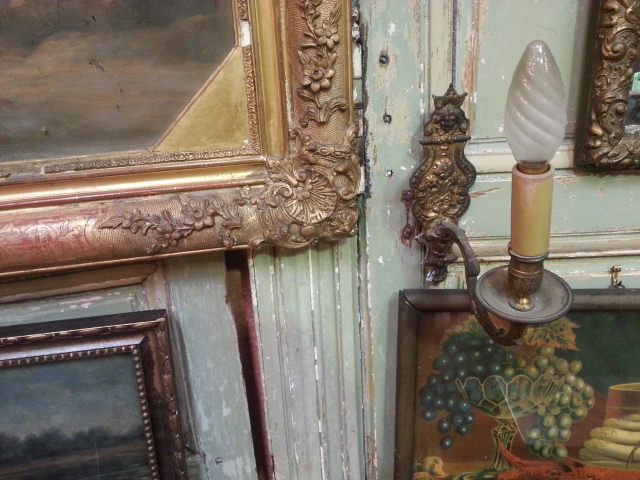 The soul of things 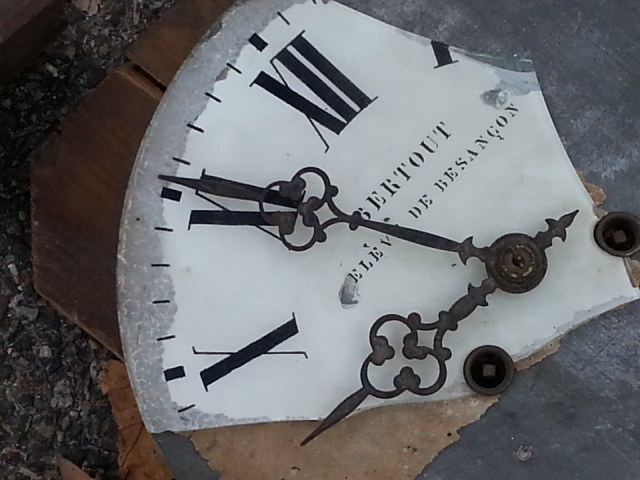 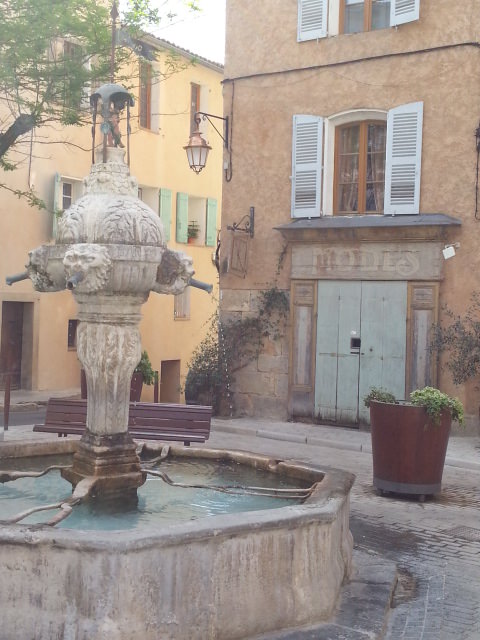 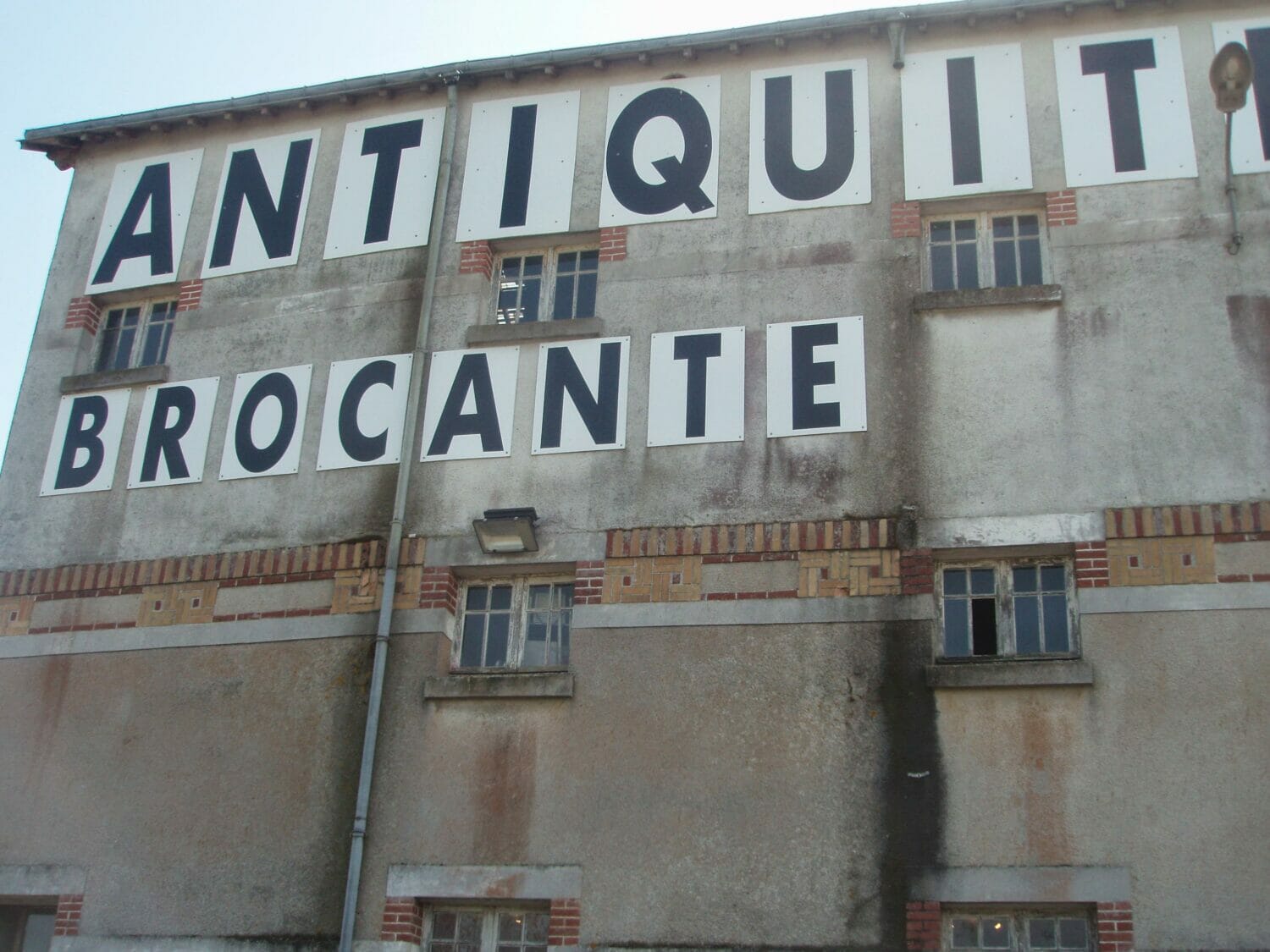