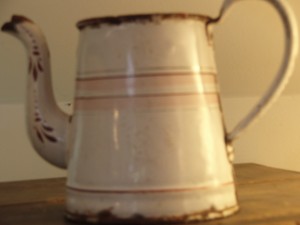 Next morning early I followed the map to Thierry’s house, past the misty ruins of the abbey and on through the forest until the tarmac ran out. His white van was parked by a long stone house and a bonfire of old crates crackled in the courtyard. “Je vous laisse regarder,” he said. Between rifling through boxes, and making a pile of purchases, I mentioned the programme about the war years and Pétain. “It was a sad moment in the history of France,” he said. “There was a camp at Montreuil, it was for communists and gypsies mostly. There have always been a lot gypsies around here, they follow the Loire to gather willow for baskets”.

For all his very relaxed manner, Thierry’s barn was pretty orderly. “I am not a “brocanteur dinosaur” who keeps so much that you can’t even get to it. I do a lot of house clearances and every month it all gets cleared out – someone pays me by the crate and everything gets sold on at markets”. I got the sense of the relentless ebb and flow of brocantine trade. He also told me that there were some people I should never do business with, that it was not safe. That was getting a bit too lower end for me. 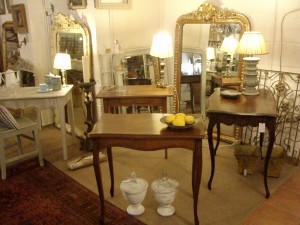 With more beautiful documents, a large box of blue pigment originally for painting carts and shutters, a lovely walnut cabriole leg table that needed work, coffee pots, ceramics, two round café tables and a box of finials popped into Sylvie, I bid a cordial au revoir to Thierry and set off to drive along the Loire for a way. There wasn’t much Loire to see behind the trees, rushes and sandy beaches, but the road ran between the river and the many Trogloydyte caves that had been carved out of the white stone cliffs. Square towers and beautiful houses also jumbled out of the white tufa stone. The tufa is so soft that to extend one’s cave house, one simply carved out another room. I would have liked to stay longer in Saumur, a white stone town with a turretted chateau on the river, but I had a rendezvous further north in Anjou. 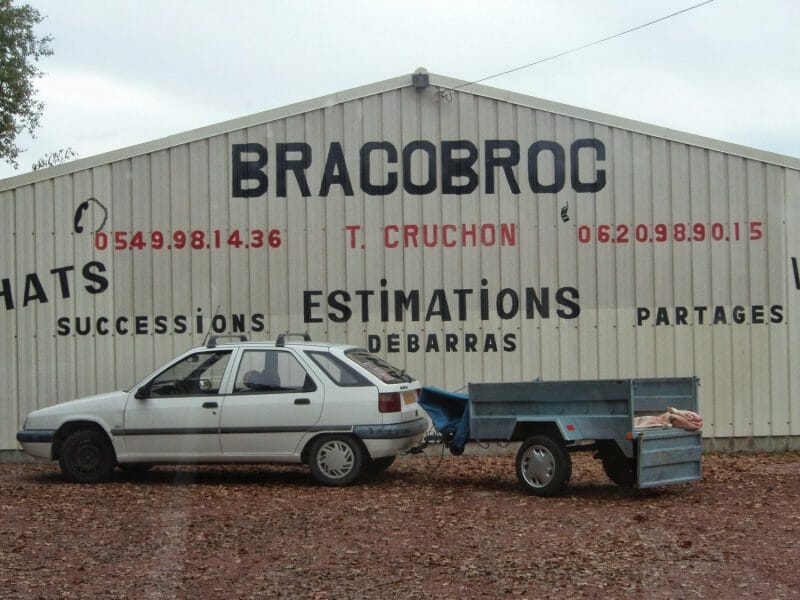 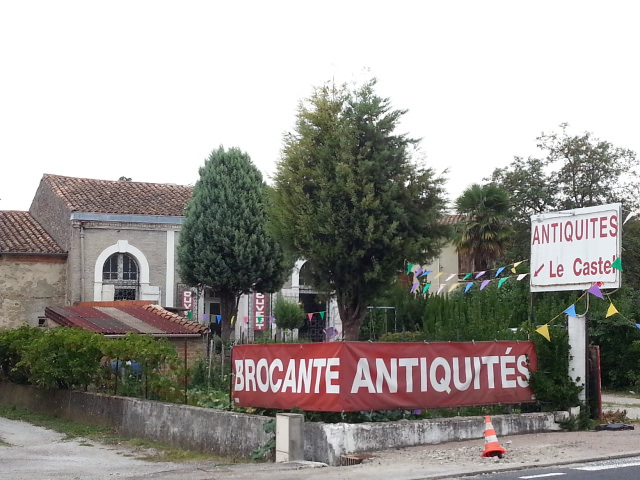 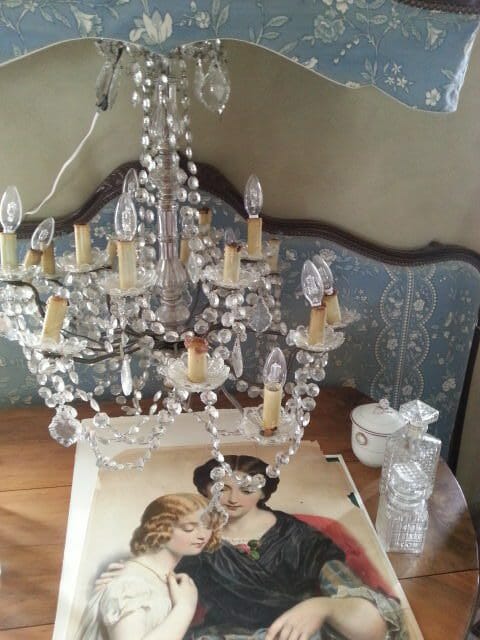