The weekend of 14th July normally offers rich pickings at vide greniers in towns and villages across France. Tricolour flags fly and the boom boom boom of smartly marching bands can be heard streets away. With the regular monthly market at Montsoreau falling on such a weekend a trip, was planned down to the Loire. No big deballages this time – just favourite places and markets along the way.

Graham was with me. We clanked off the ferry at Le Havre to drive along the loops and meanders of the Seine. We stopped briefly in Caudebec-en-Caux, a genteel resort town between river and flanks of chalky cliff. Brilliant sunshine dazzled along the waterfront. Nineteenth century hotels stood shoulder to shoulder – Hotel de France, Hotel le Normandie, Hotel la Marine. A tanker slowly pushed its way upstream, a river cruise boat nudged at its mooring, flags flew from the Mairie.

I’d arranged to collect more old shutters from the lovely chambre d’hote in Verneuil, and dropped Graham there later in the day before setting off for a lengthy trawl through one of my favourite Brocantes a few kilometres away. Today there was plenty of parking on the gravel forecourt (I usually arrived amongst many other visiting dealers, the day before the deballage at Chartres). Inside was cool and spacious with dusty rays of light catching on sparkling crystal and glowing wood. 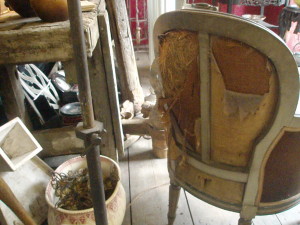 “Oh you are a dealer, ah you know David,” said Bernard, one of other antiquaires there, who I’d not met before. “Would you take a coffee? David will be here in one hour, he is loading some furniture from a manoir not far from here.” By the time David arrived I had a healthy list of items to negotiate: two solid carved wood violins used in the 1930’s as moulds for papier maché toys; a long run of wooden lockers; paintings of riversides, of village fountains and of Riviera gardens; pink needlepoint covered chairs; wine glasses; chandeliers; mirrors.

“Bonjour!” said David,” we didn’t see you here for a while. Oh, I have forgotten if we tutoie each other or vousvoie each other!” We agreed the more familiar form of address was easiest. Tottings up were done, payment was settled and I brought Sylvie round to the large side doors. Bernard was doubtful we could fit the wooden lockers in, despite having measured them. With perspiration, curses and determination they were loaded. I realised with a groan too late that the locker doors were now facing the side of the van so I couldn’t pack in smalls. Could we possibly flip it over? David was gallant and after some more determined heaving I got my storage capacity. It had been a four hour visit, and a worthwhile stop. I shook hands with Bernard, kissed David on both cheeks and made my way back to the chambre d’hote where Graham was rested and drinking fresh apple juice in the immaculately tended garden. 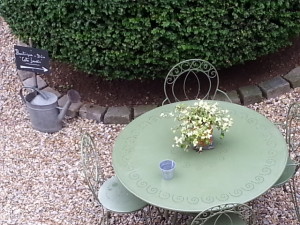 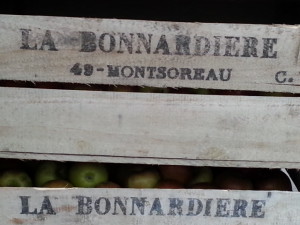 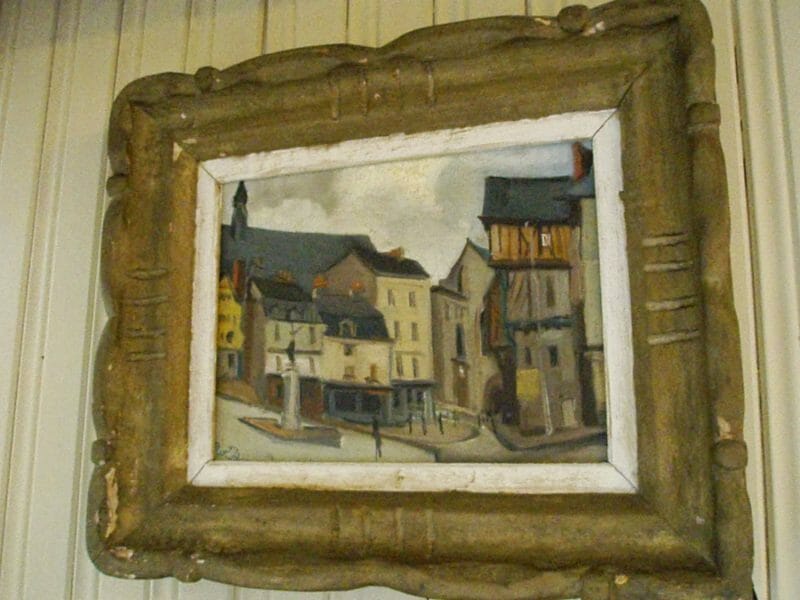 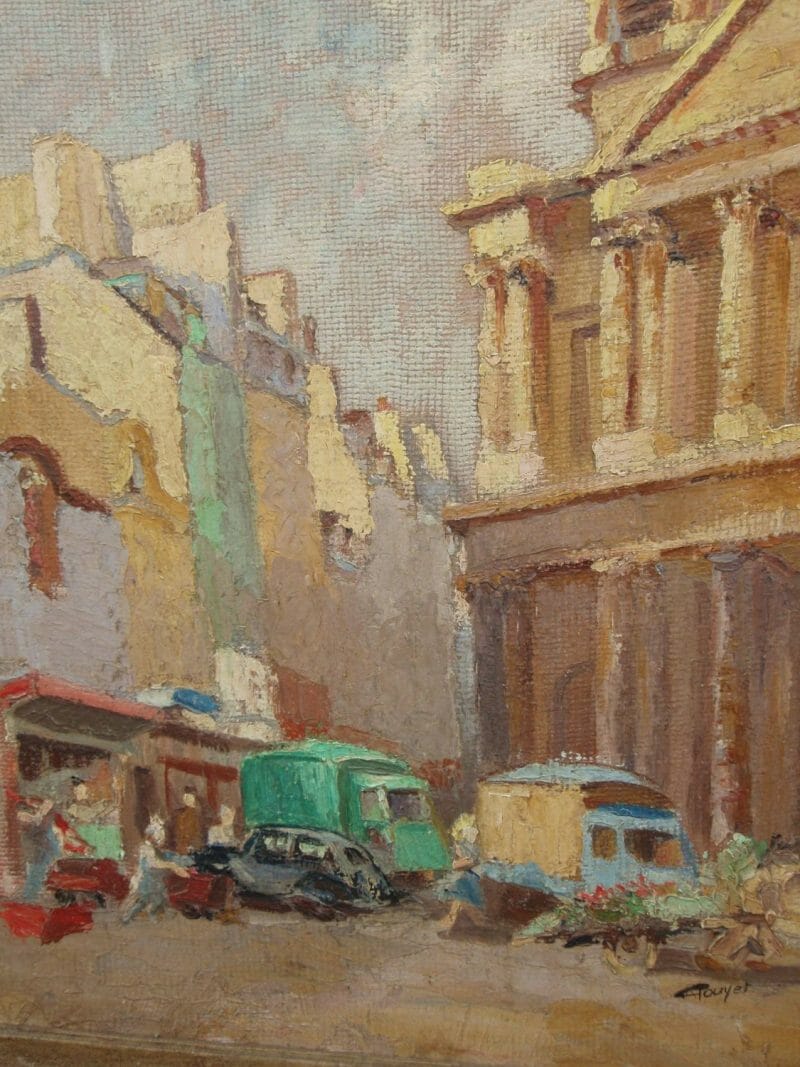 The market at St Christophe