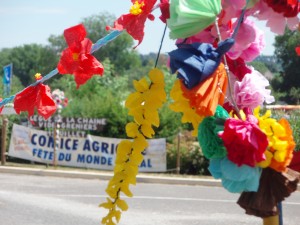 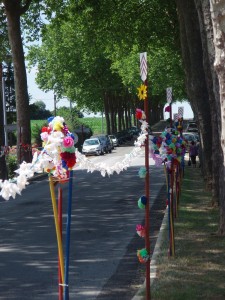 The road through La Gué de la Chaine was lined with tall plane trees. The little town was “en fete” with garlands of crepe paper flowers strung along the streets. In the municipal square stood a row of vintage tractors, rather wonderful with their sturdy engines decorated with ears of barley and crepe paper flowers. A row of magnificent Percheron horses stood nearby, manes finely plaited with red ribbons. What a sight. There was a vide-grenier, music, andouillette sausages being boiled in vats by men in white hats and overalls, crowds of people at their leisure. The afternoon was in full swing. How could I not stop? Stall holders fanned themselves, found little patches of shade beneath their parasols, and some time later I clattered back to the car with another bag of enamel ware, linens, a chair and picture frames.

When I arrived later at Sylvie’s village, the fete there was in full swing too with a band, roasting meats and a beer stand. The roads were all blocked off, but Sylvie directed me to where Moe was parked under a cherry tree at the edge of the village. I began emptying my purchases from car to van. Sylvie said it really hadn’t been worth her while to open up during the fete, she shrugged in that characteristically French way, she had taken just 3 euros all afternoon. But she was pleased to report that in my absence they had managed to load Moe – “We did it with four men and a fork lift truck,” she beamed. They’d got the huge coffer in by resting it on top of the 18th century chest of drawers. Unloading it was going to be interesting! She told me that a couple had, by chance, spotted a weather vane in my van and wanted to talk to me. They came over and said, “We have been looking so long for a small girouette like this, what is your best price?“ I was busy trying to finish loading Moe, uncomfortably hot, concerned about how I would get home, and not wanting to get involved in haggling, but they were persistent and so they became my first French clients in France! They shook hands with me and went away happy. 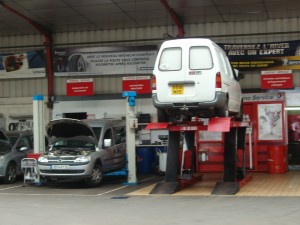 The mechanic arrived in a recovery vehicle. He said there were many break downs today – classic cars from Le Mans were falling by the wayside in the heat on their way back to the ferry ports. He declared to my insurance company that Moe was “irreparable” and the insurance company sucked its teeth about costs. Sylvie thought I should stay the night with them. “Non, she comes with me,” said the mechanic, but whether I got taken up to Caen was still debatable. Eventually, after encouraging wishes and au revoirs from Sylvie and her husband, I was taken to a depot and told to wait. More phone calls and then, yes, the son of the garage owner, who was supposed to be having a night off to watch Spain versus somebody, would drive me and Moe to the ferry. Ouf! We headed west to join the motorway and silhouetted on the horizon in the sun set like a fairy mirage was the Mont St Michel.

The port was thronging with British chaps hanging around in the car park, engines vroom vrooming and thick Northern accents pronouncing “Bloody marvellous, mate!” Moe was deposited on the quay, definitely ready to go home. Despite mechanical issues, I’d still had an excellent buying trip thanks to Sylvie’s great kindness. But it was really time to think about changing dear old Moe. 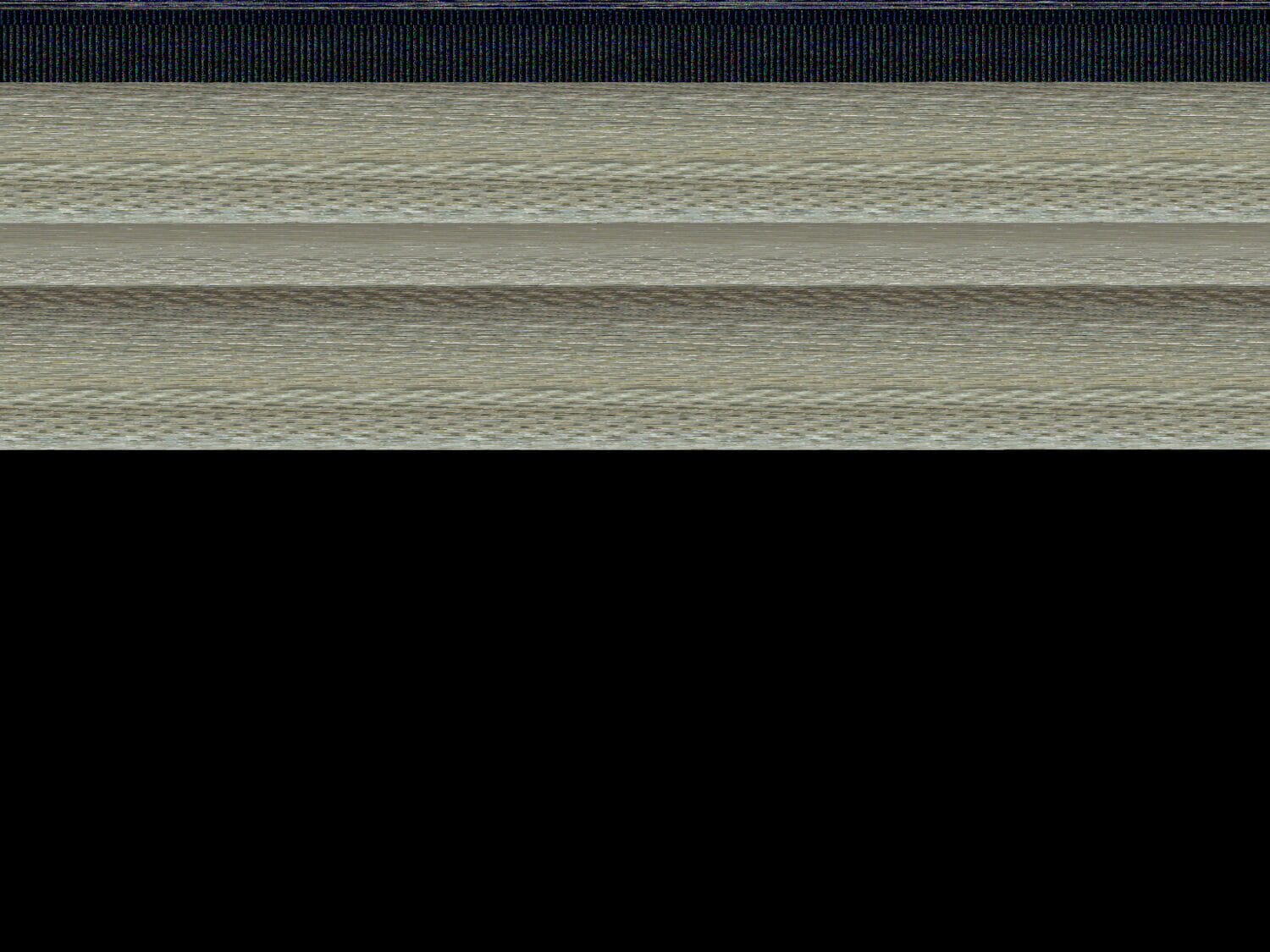 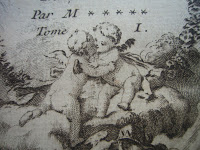 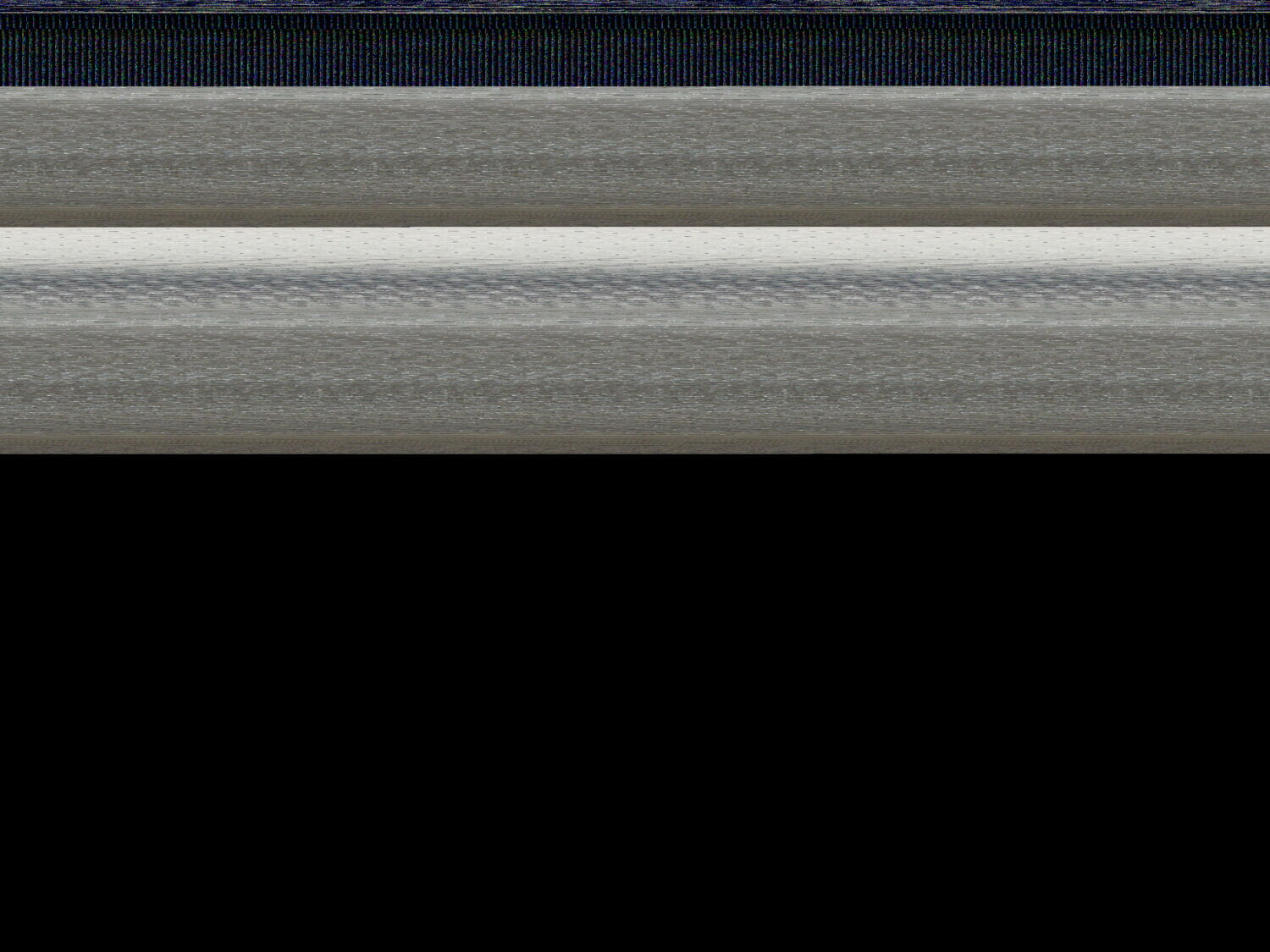