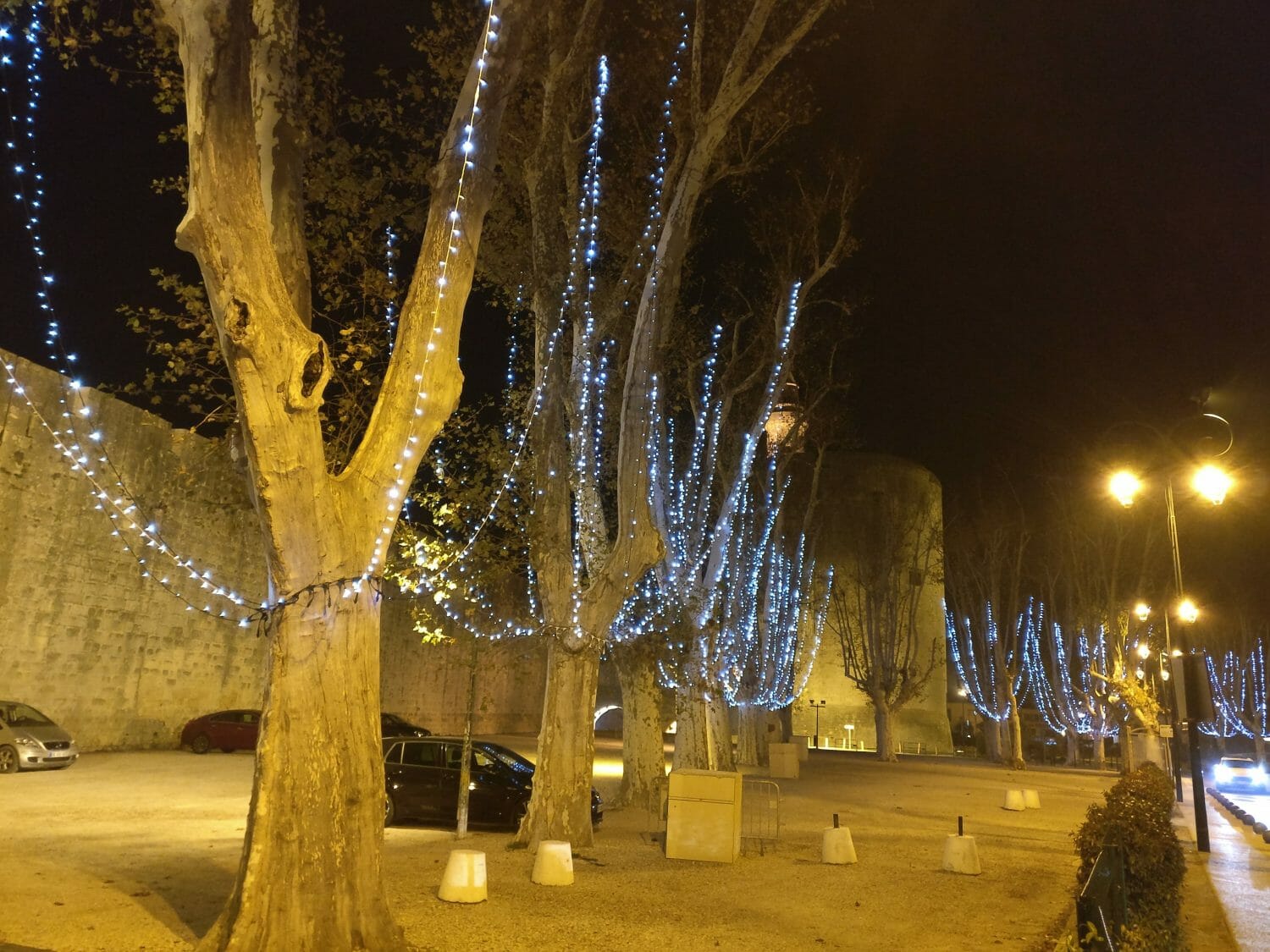 That December I’d booked to stay by the sea. The receptionist said “Madame Hanna, you are the only guest here tonight.  I will not tell the chamber maid to come just for one room. But, of course, if you need, I will do it for you myself tomorrow….”  She paused, hoping for my response of “Oh, that’s ok, no need.”

Wind wailed through the yacht rigging in the small harbour, not a person in sight on the beach.  In the empty hotel restaurant that night staff stood around or busied themselves putting up Christmas decorations, even carefully winding tinsel around the lager pump.

6am in the black, biting morning and activity at the Puces market was distinguishable only by the light of one or two torches and dark silhouettes of huddled figures.  I bumped into Pierre, one of the dealers I like to buy from.  He wasn’t planning to unload until it was a bit lighter but after we chatted for a while he said, “Allez, come on, I will unload now for you.” Being the first one at the back of a van is like Christmas morning as presents are unwrapped.  I shone the torch as Pierre pulled out baskets, coffers, fabrics, a toy wheelbarrow, painted metal trays, old straw hats, portraits, watering cans. He has a good eye, and I bought a lot of graciously faded items. A fabric covered glove box held chunks of yellowed sulphur.  Along with the sulphur came a glimpse into past lives – a hand written note to one Sister Bernadette instructed her how to disinfect nuns’ habits: put hot coals in a wash tub, add the sulphur, lay a grille over the coals and fumigate the clothing.

Pierre showed me a photo of some green shutters from a municipal building in Bedarieux – he could bring them to the Montpellier deballage.  Would I like them? We agreed to meet in the car park after the market two days later.

Carrying a large quantity of violet garlic, I went back to collect my items from Pierre.  Pierre and another dealer pondered at length the spelling of the plural of garlic (“ail”) which is, they at last agreed, “aulx.” Supplies of garlic as well as Savon de Marseille and Camargue rice are all obligatory purchases when I am in the south.

After such bleak weather I was glad to get to the jostle and energy at the deballage in Beziers next day, dealers stood bundled in scarves and hats, waiting at the gate for the 8h start.   I bought a stunning, distressed white side table and lovely large buffet as they came off the van.  There were hugs and kisses for friends. At the entrance to one of the hangars a dealer had set out a table with chocolates, clementines, champagne, biscuits and beer, all gleaming in a pool of bright sunlight. “C’est Noel!” she said, offering me a chocolate.  A lovely Italian couple who I buy from gave me a red ribbon tied panettone: “Buon Natale, Gilli!”

Further on an oak buffet, perched in the back of a van, caught my eye.  It was just about holding itself together, with the help of extra nails and battens! I walked by, but returned, thinking, well, it could be retrievable.  On closer inspection, I found there was no bottom and only half a top.  But the old thing had certainly had a long life, and laughing with the dealer I bought it. My best buy of the day!

That afternoon I drove to Aigues Mortes. The sun was low and sparkled through the reeds at the edge of the salt lagoon just outside the ancient town walls. This next hotel was a haven of warmth and comfort, and was nearer to the next two fairs. Time for Earl grey tea and a cosy sofa in the orangerie while I did my paperwork. After dinner I walked through deserted streets, a few houses with large Christmas baubles hanging from balconies and a very bright moon in a very dark sky hung over the 13th century Notre-Dame-des-Sablons.

The crowd gathered at the Avignon Parc des Expositions next morning.  At 8h there was the usual surge to get through the gates as fast as possible and one dealer muttered cryptically, “Et nous voila, another two antiques dealers trampled to death….”

There was a buying frenzy around a dealer in one of the large halls.  “Sold” stickers were flying.  The dealer was being called to the right and left, calling out prices to pushy customers!  It took me a while to start buying, but once the first box of broché books was bought the pace improved.  A table from a draper’s shop in Augbagne nearby was worth a look.  The base was walnut and the top was pine. “The pine is better for cutting fabric and for pinning,” said the dealer.  The three ample drawers ran smoothly. A nice piece. All ready to be loaded. 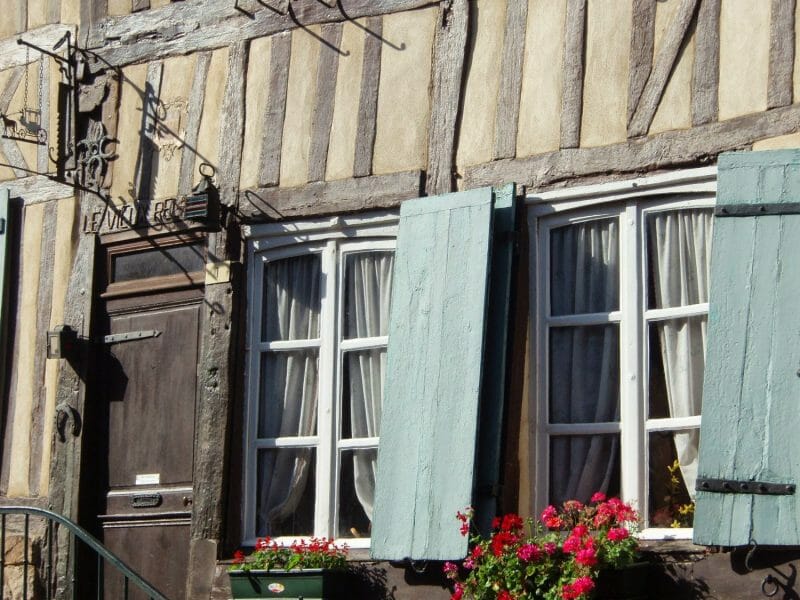 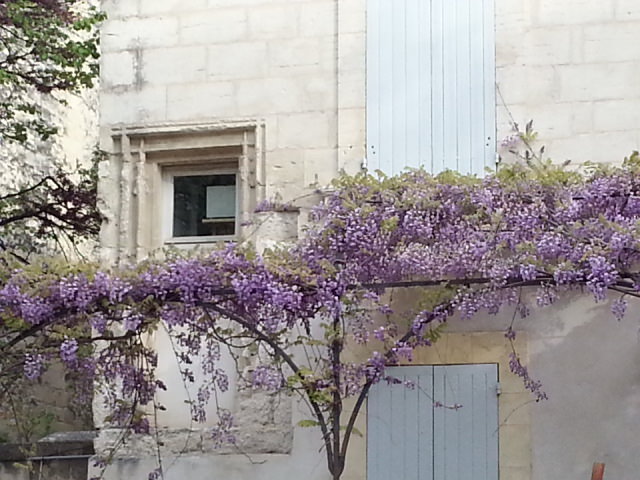 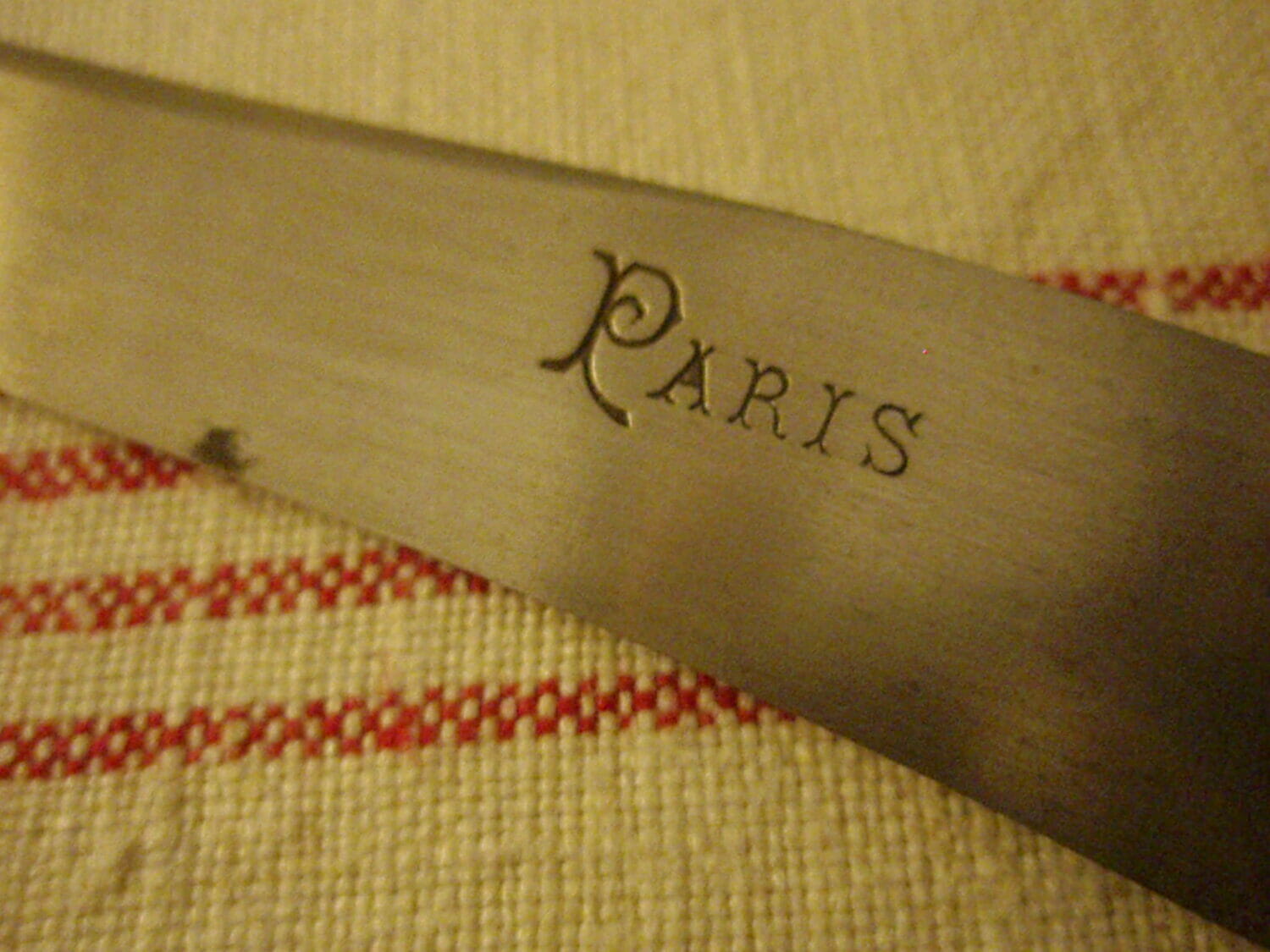 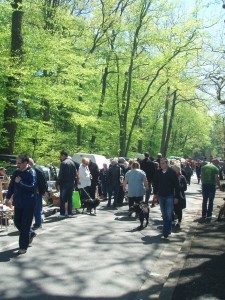