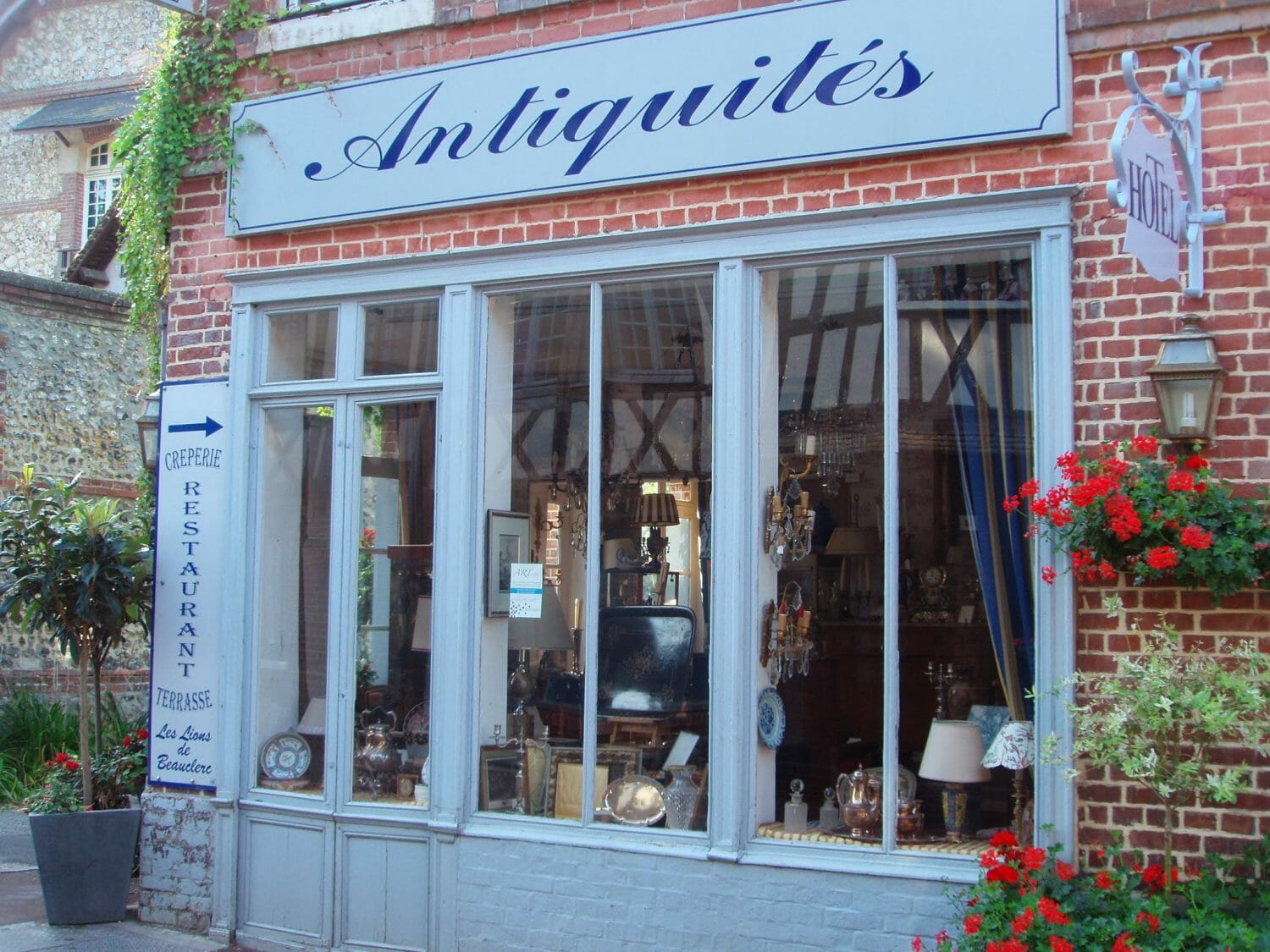 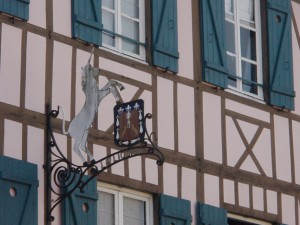 Another hot day followed. I returned to Gisors and found the small antique shop packed with gilt framed oil paintings and furniture in pristine condition. Monsieur said he’d take me round to his storage where he also had many items “dans leur jus.” He shut the shop and I drove round the block with him to a courtyard formed by twenty or so lock-up garages. “I have seven of these garages,” he told me, and we proceeded from one to the next, metal shutters rolled up, expectation high. Things standing on/resting against/turned upside down and barely visible. We did clamberings over and squeezings past. Monsieur had appeared formal and restrained in his shop, but now we were both just hot and dusty, sharing bits of banter, pondering and negotiating. He managed to get out a pair of large, heavy and striking mirrors with ornate crests on them and we leaned them against a wall for final decisions and tottings up. I was pleased with an ebonised brass inlay card table, a round pine flip top table, as well as a lovely walnut writing desk with cabriole legs. I just love cabriole legs! A productive visit, followed by a pavement cafe lunch beneath a parasol.

The afternoon was hot, and the wedding was at 16h. Alice made a perfect bride in alabaster silk. The reception was held in an enormous converted barn, exquisitely decked in flowers. I slipped away in the early hours as the happy crowd rocked on to Johnny Halliday and “Fly me to the moon”. The French manage to dance rock and roll with a fluid and competent grace – I was glad I learnt the dance years before – at least I didn’t totally embarrass myself on the dance floor! 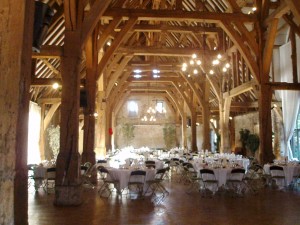 I was en route for Lyons-la-Foret by 9h. The morning was bright and becoming hot. The swallows hadn’t left yet. I drove past endless open fields, the road ribboning through yellow crops, then suddenly entering a forest, cool, deeply green, sun splattered. I’d been to Lyons-la-Foret in 1990 when the whole village had been transformed into a film set for “Madame Bovary.” In the sunlight it was hugely picturesque with half-timbered, limewashed houses in faded blues and ochres, flowers blooming at every window. The antique shops were full of ormolu, silk upholstery and crystal. Ornate and beautiful, but not for me. In one shop however I came across a Jack Russell curled up (on a cover) in a finely upholstered Louis XVI fauteuil, his master in the matching chair, reading – a sunlit tableau of tranquility.

A seventeenth century carved wood head of an angel, with remains of wings, traces of gold and blue original paint on them, became mine. I carried it round the little town with me, in bubble wrap, lovingly in the crook of my arm. There was an air of serenity about this angel head. It must have gazed down over the centuries on many comings and goings of life. I regret very much that it was later stolen, back in England – and I can only hope that it continues to bring serenity to whoever now has it in their keeping. 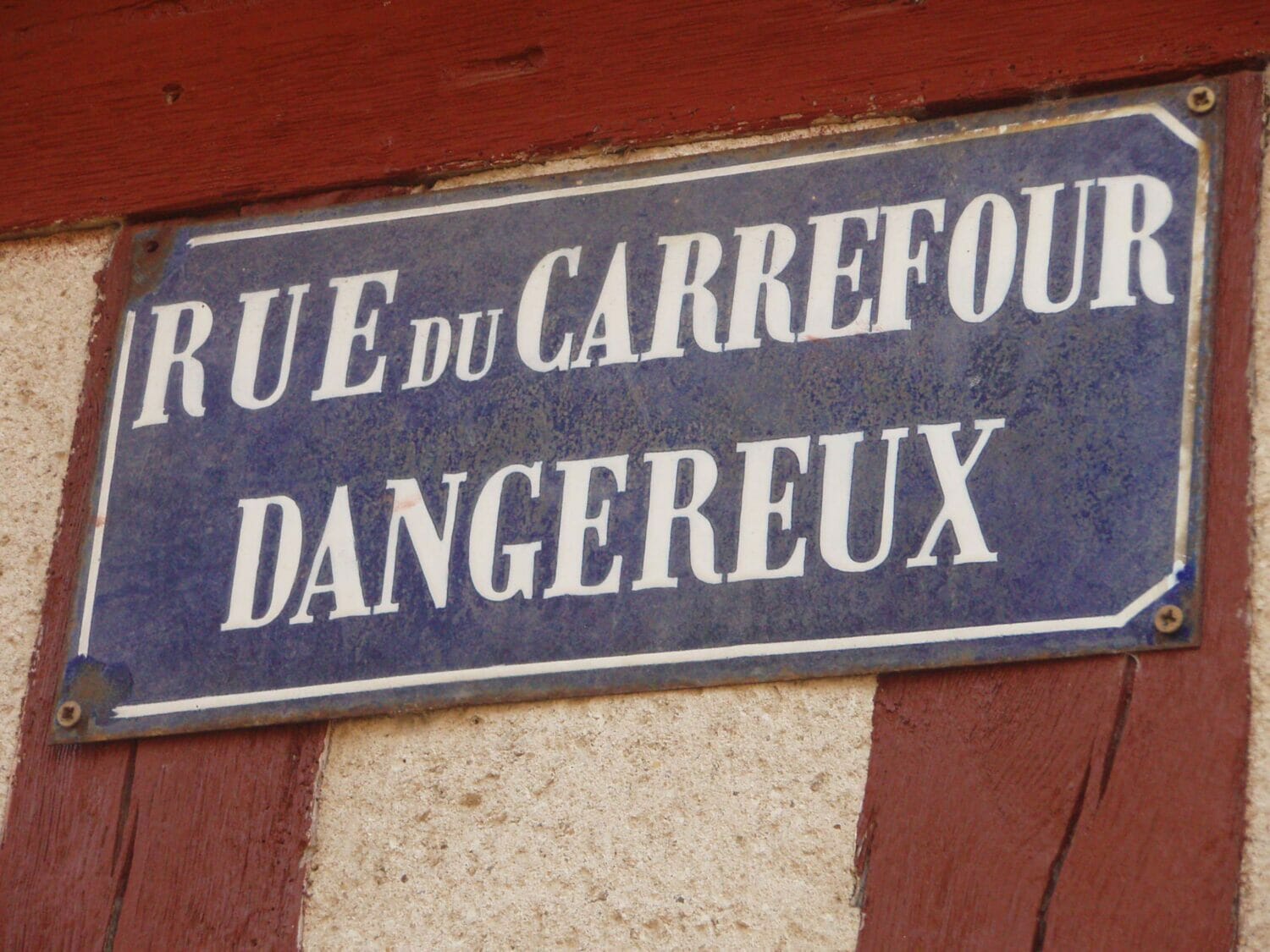 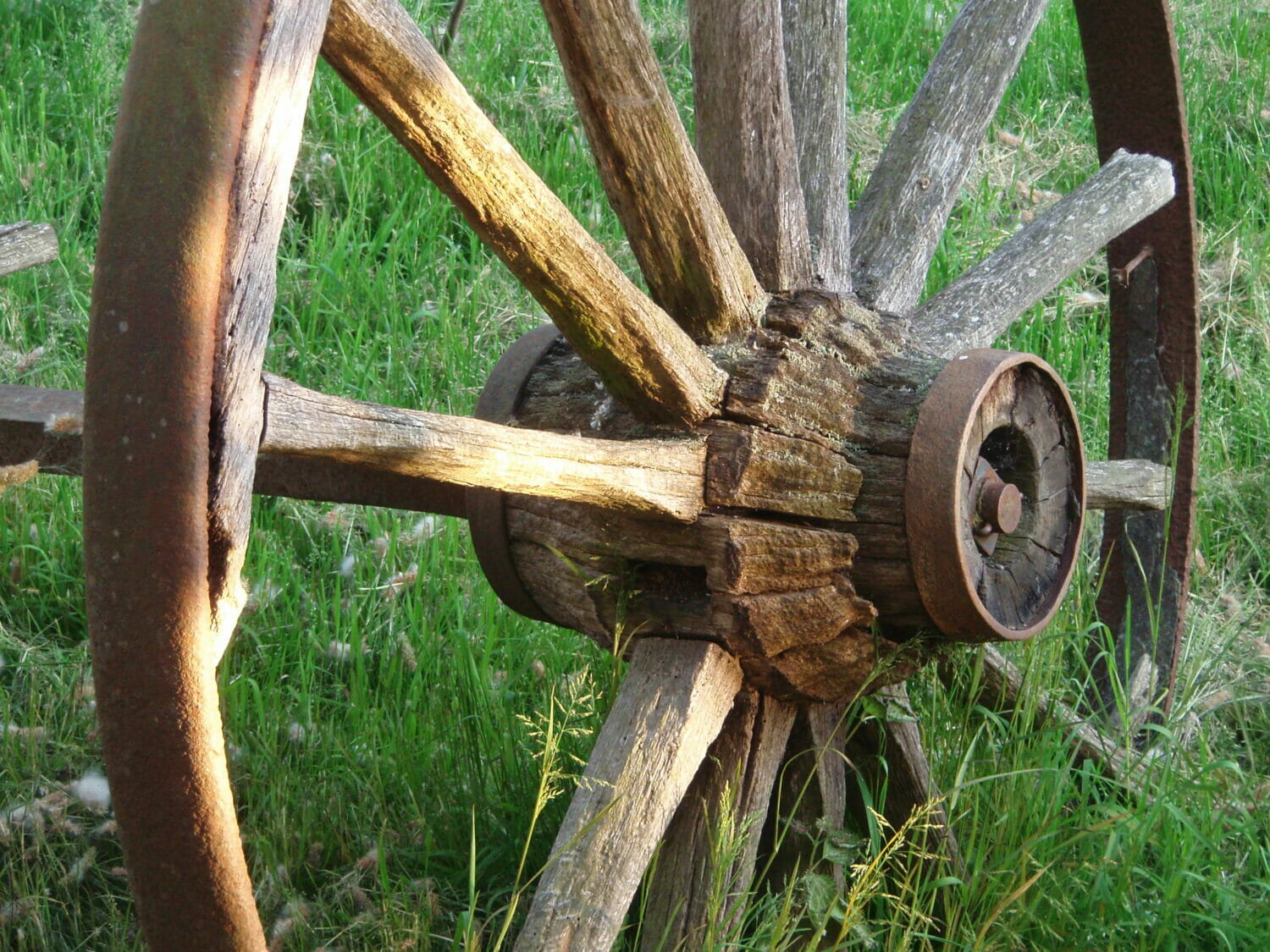 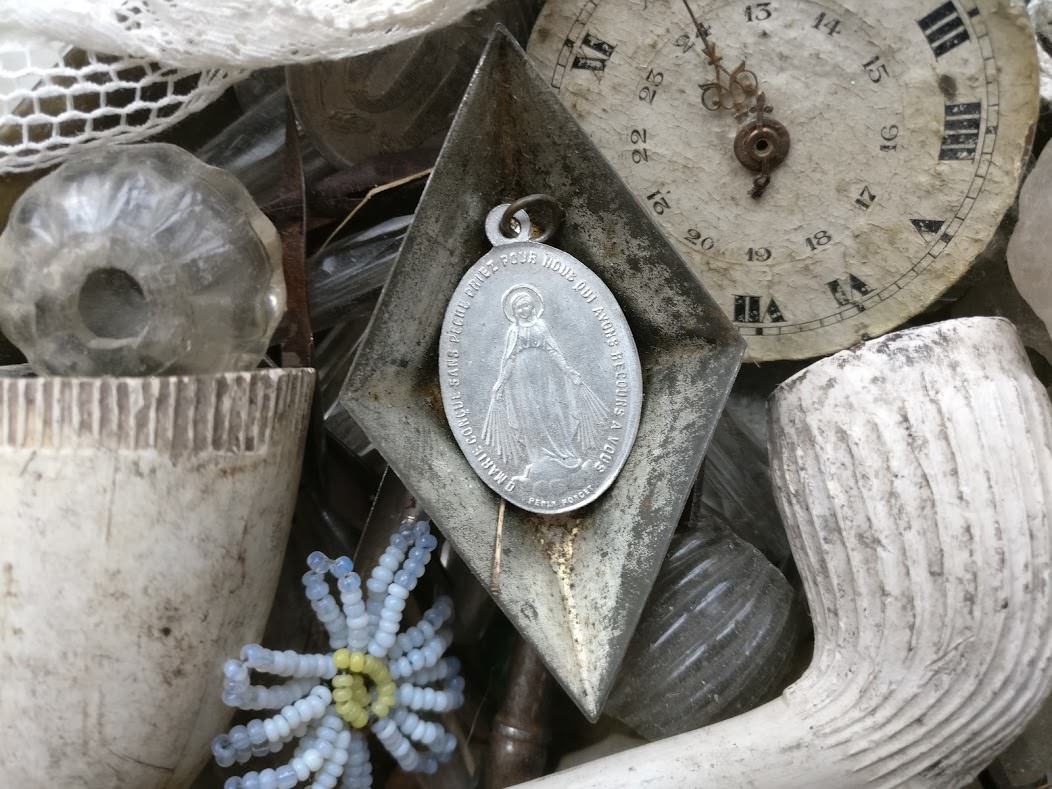 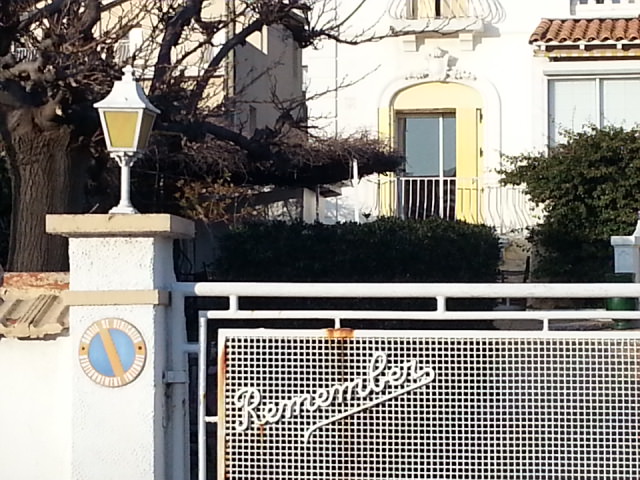