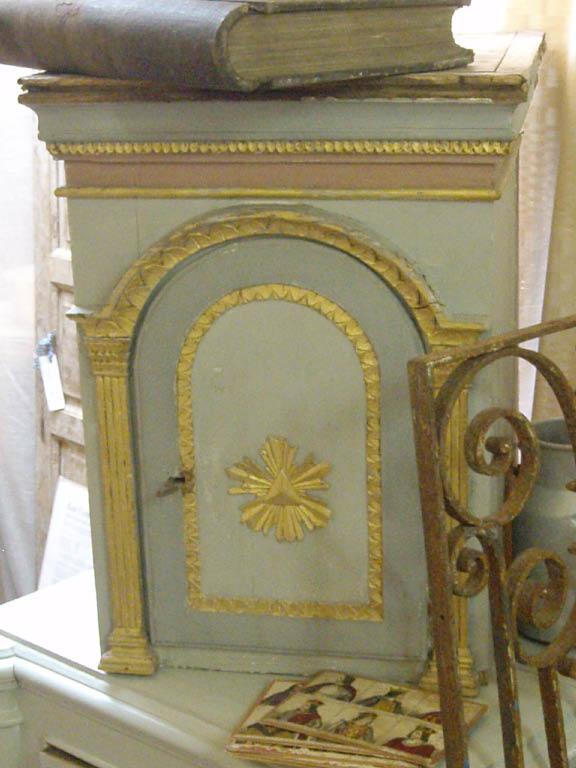 This tabernacle survives in its original grey, gold and pink paint.  It would have formed part of a larger surround to a painting in one of the small chapels of a church.  Part of the sides are not painted, where the tabernacle would have formed part of a stepped shelf.  Tabernacles do not typically have bottoms to them.  This tabernacle dates from the late 18th/early 19th century.  It has been fully woodworm treated but the top surface has suffered from previous generations of furniture beetle!
Price:  SOLD