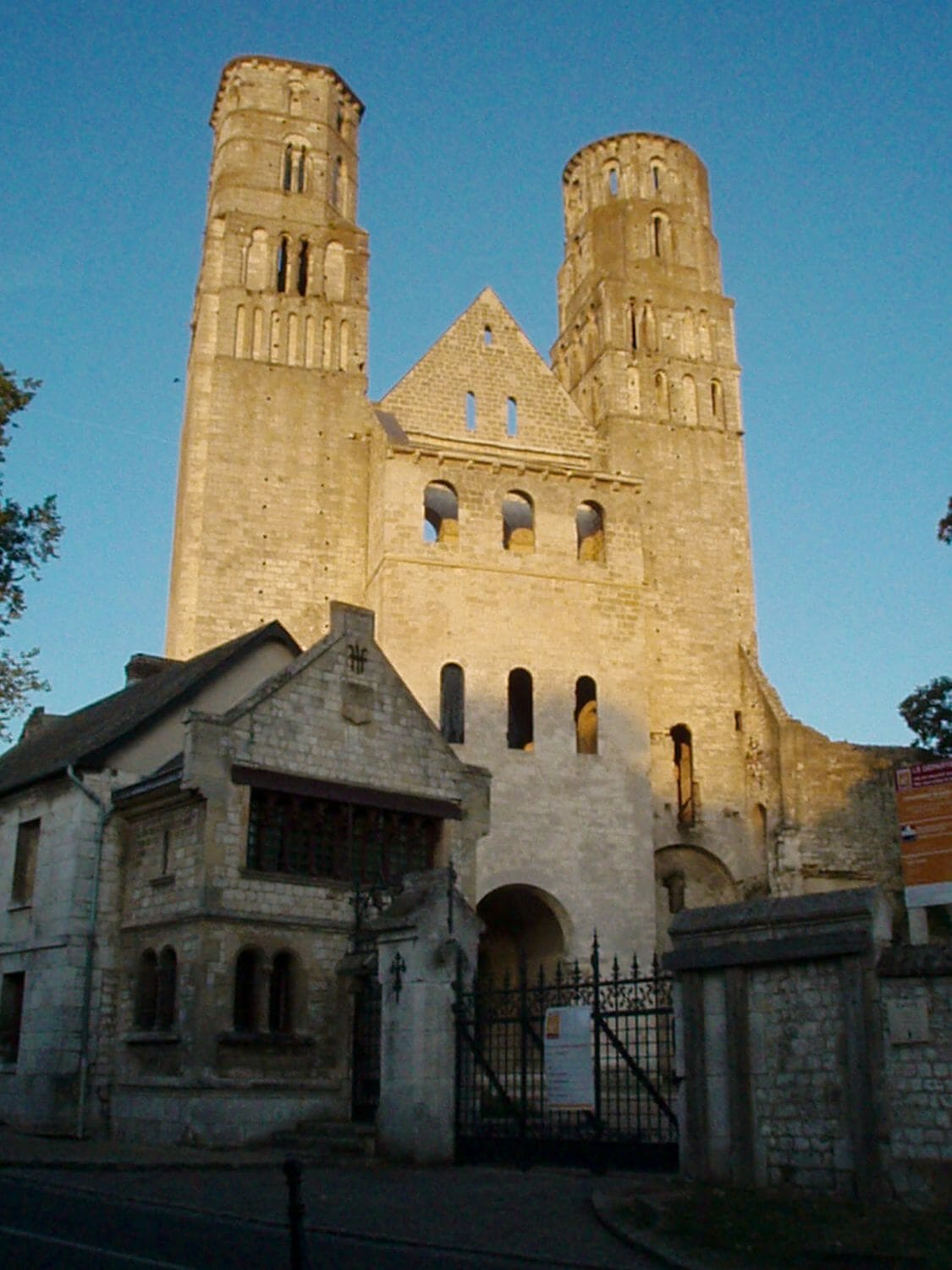 I know there’s a vide grenier near Conches sur Ouche, but on this August day I also have a yearning for a shady patch of grass beside the Seine to enjoy the last of the afternoon. I also know though that I would only regret passing up the chance of finding some last tempting thing at a market! The main street at Conches is blocked off and I’m sent down a hilly track behind the village to park. After a splash of water and a couple of warm apricots I’m ready! The van is a jumble and re-packing would be a lengthy job, but I can surely encourage one or two more items in.

A merry group of villagers are sitting under trees and parasols on a parched square of grass. Little bursts of enthusiasm come from a woman who tells me she just loves English antiques and that she collects match pots; from the man who sells me three enamel kitchen containers still with bay leaves and sachets of Verveine herb tea in them, and the good humoured rivalry between neighbouring stallholders: “Venez Madame, come on over here, what do want to buy from her for?!”

I clatter back to the van with several enamel and glass purchases. Now I’ve really done as much buying as I can before leaving France tonight. But as I’ll be driving close by, I do want to see Jumieges, the ruined 11th century white stone abbey on a bend in the Seine. I’d not read my map properly and, at Duclair, what I assumed was a bridge crossing over the Seine is actually a ferry crossing point with a small car ferry (le Bac) operating back and forth on chains. I stopped for a cool drink at Le Café du Bac and watched the ferry make a couple of crossings before I joined the queue alongside a well tended vegetable garden and a bed of bright pink dahlias.

Jumieges is on a pronounced hairpin loop of the Seine, and the lovely road there follows between the river and half-timbered houses set in the midst of orchards. The afternoon is cooling to a delicious temperature. I arrive at Jumieges at 19h 40. The brocante is shut, the Abbey is shut. Never mind, I can enjoy the stillness and spirit of the place. I sit outside over crepes and a glass of wonderfully cool rosé, watching the rooks fly in and out of the two Abbey towers, as the light on the ancient stone turns from rosy gold to bluey evening grey.

Once at the port of Le Havre the Douannier/Customs Official indicates I should open the back of Moe. He looks in at the well stuffed van and jokes to his colleague, “Ah, c’est Louis La Brocante!” This is the French version of “Lovejoy” – and Graham has already given me the box set! 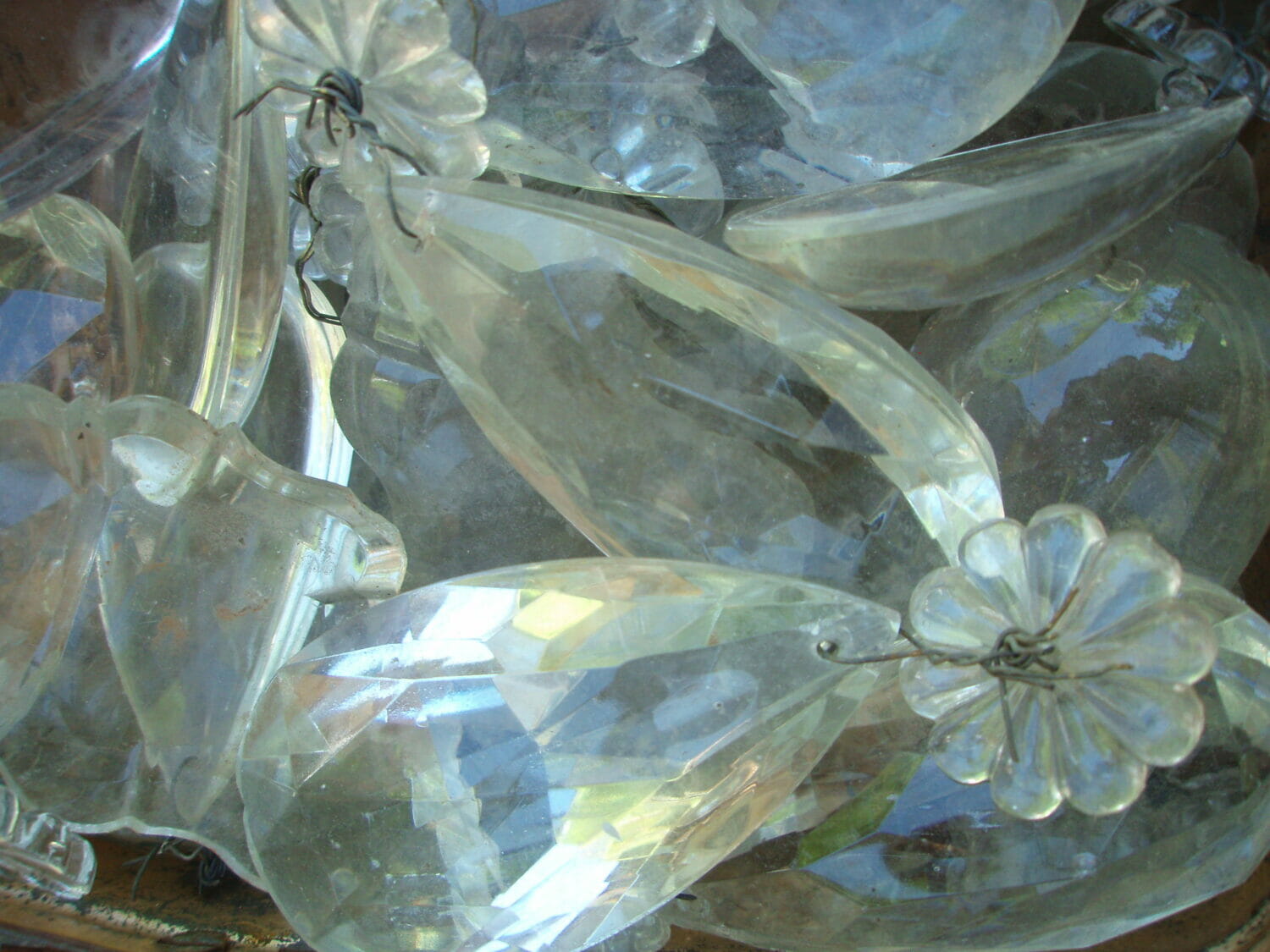 Brocante along the Loire 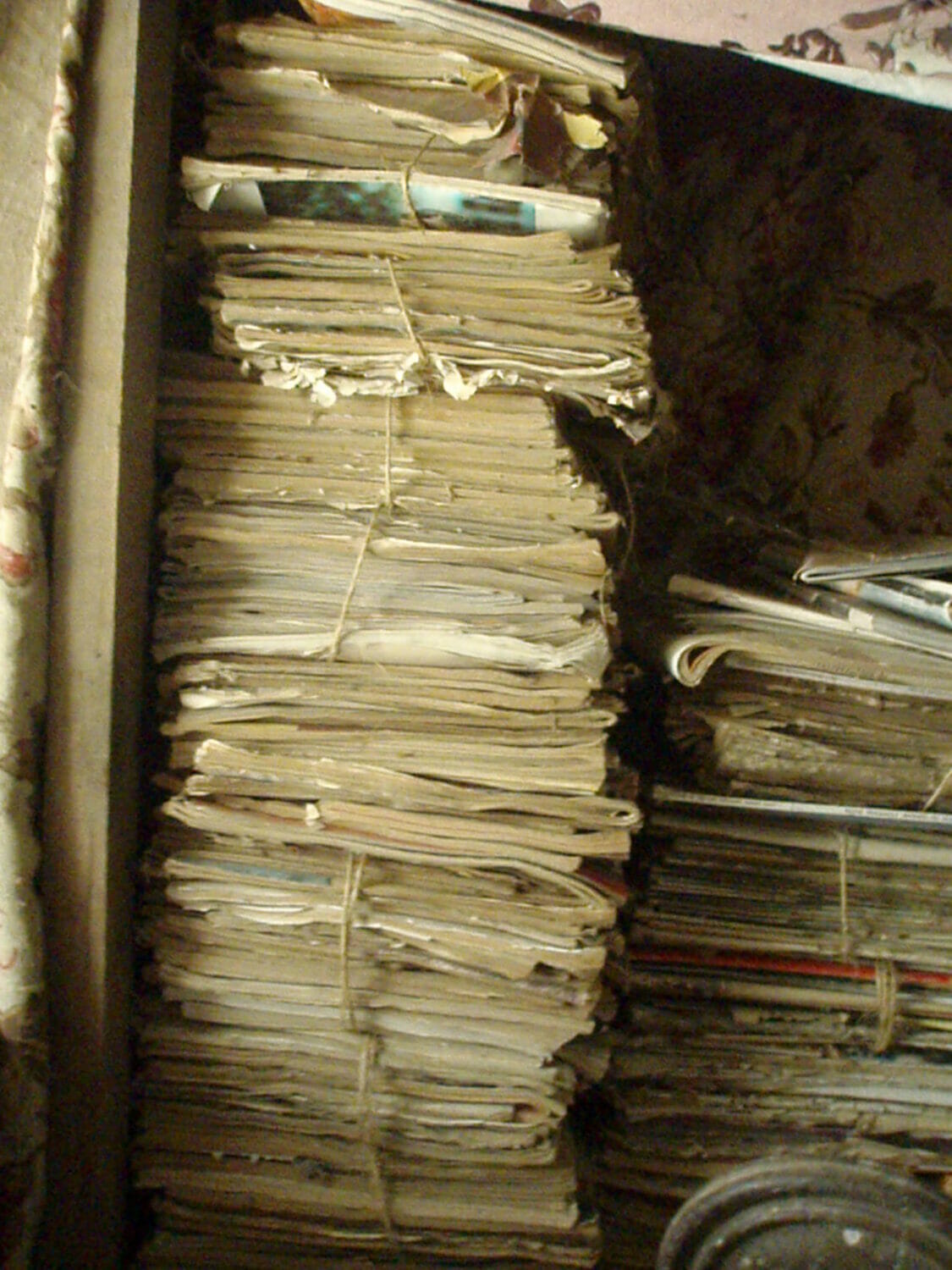 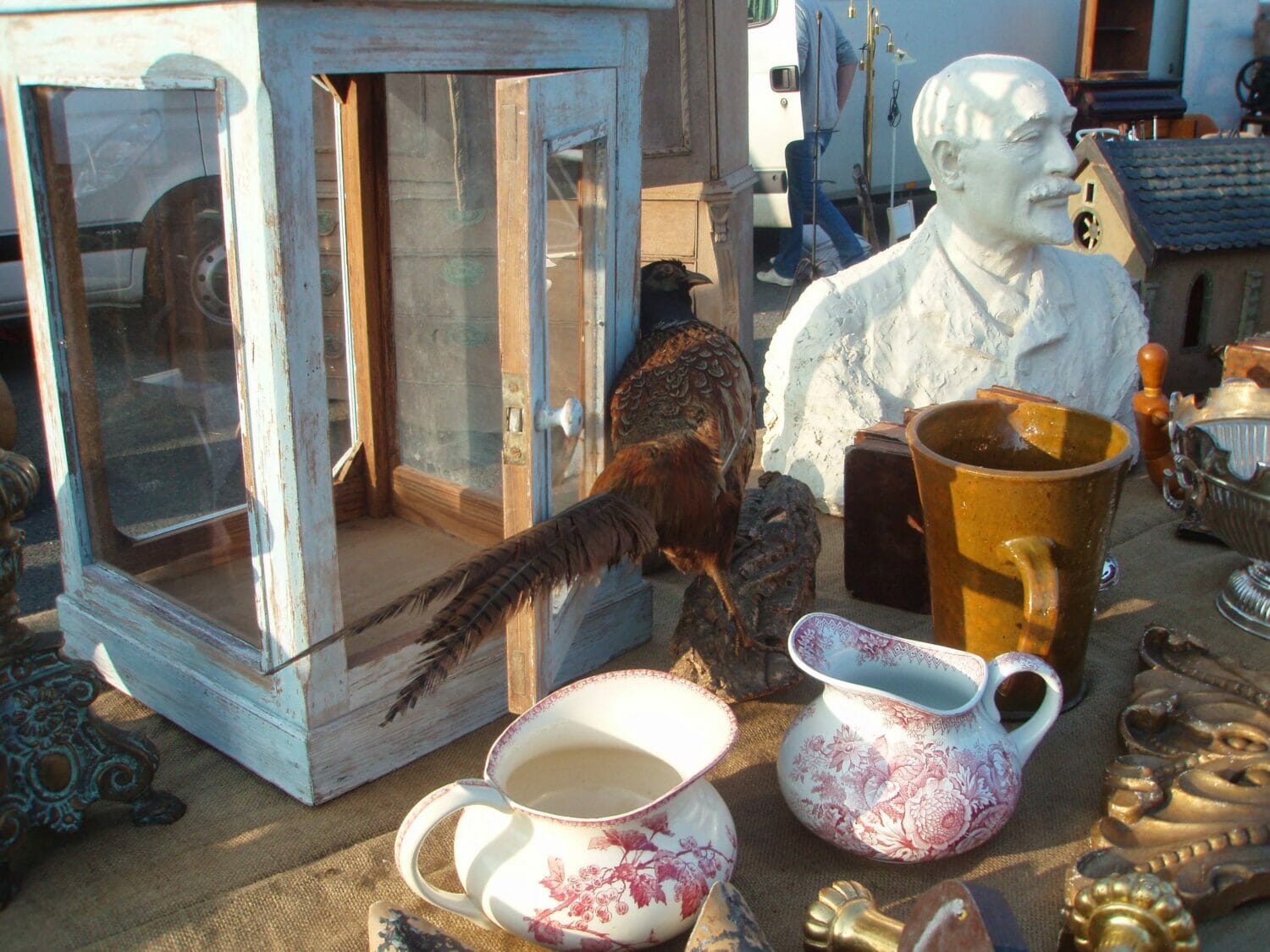 A good market at Le Mans 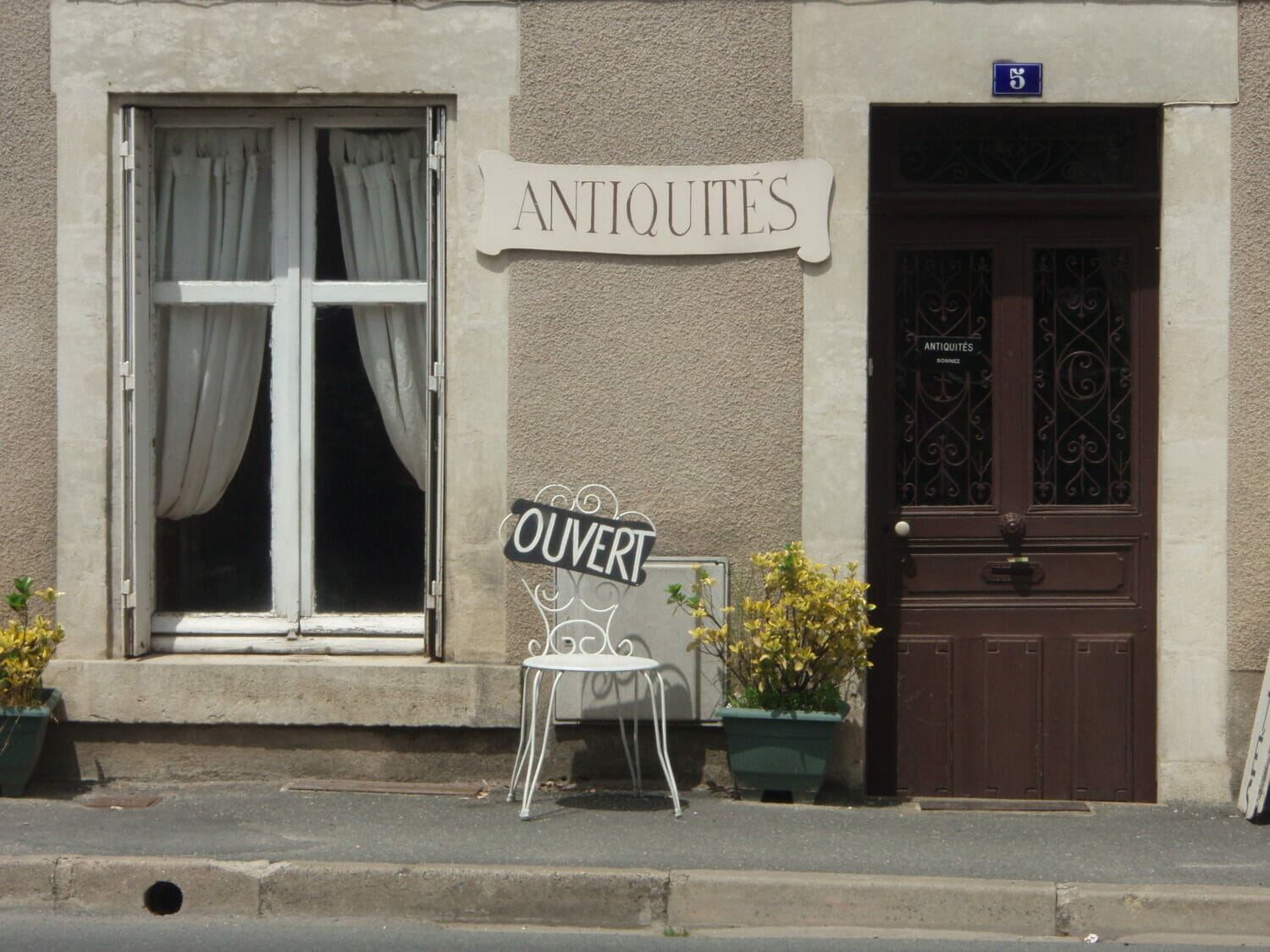 Off to the Limousin